I was so pissed today when I realized I couldn’t play my PS4 online since the NAT type was shitty on wifi. I called my ISP and they didn’t do shit for me but thankfully I had an ethernet switch and somehow my PS4 works online. I finally got to fully experience my PS4 in all its glory and I love it. Ghosts online plays really well with no lag and I’m getting into the game now. My love of Ghosts will be over once I get my Killzone in the mail, that online is going to be perfect. I also tested out remote play with Ghosts online and I was about to play an online match of Ghosts on my vita in the living room. I am so impressed with this remote play technology, this is revolutionary. At this point I’m just waiting for my other games to come in and waiting for the PSN store update for some fun demos. My life is pretty good right now, 3 more weeks of classes.

Not even Monday could the amount of hype I have for this week. I didn’t do much today besides figure out my classes for next semester and buy my Adventure Club ticket but it was chill. Tomorrow I have a bunch of homework to do but it will pay off later that night when I see Adventure Club with a lot of my friends! I haven’t raged in a while and I really do need this to relieve some stress. I also have to play the first part of the Bioshock Infinite DLC Burial at Sea. After looking at reviews my body is ready! If you played all the other Bioshock games then this DLC is for  you since it has a lot of references to the other games. Apparently its short which sucks like around 90 minutes but if you are a fan of the series then buy it! The real hype starts on Wednesday when I see all the PS4 game review scores. I am actually getting Killzone, COD, BF4 and now Knack at launch thanks to my dad. HOPEFULLY Knack won’t suck, I don’t think it will but there is some doubt. If it gets a 4/5 I’ll be happy! The only thing to do now is sleep until the fabled day comes upon us.

14 more days until my PS4 comes in. At this point I’m just trying to survive until it comes out. In the mean time I have 2 projects and a paper to write for next week ugh. After next week I should be fine for a while in all my classes so hopefully during PS4 day I won’t have shit to do. It is Halloween night and I didn’t do shit because I barely have any friends who like to do things lol. I did walk outside though just to see what people were doing and yea it was kray out there. The homeless people were rabid lol. Hopefully I’ll find something to do for the weekend.

When I woke up this morning I didn’t believe that my day would turn out to be this great. I pretty much saw every single person I care about and actually got to have some decent conversation with most of them. It is sort of lame that I consider this to be a great day but did it feel great hanging out in the compass just chilling. I even talked to a good amount of random people which I never ever do since I am crappy when I deal with strangers. This might of been the confidence boost I needed to make me less awkward. Haters will still hate but at the end of the day what they say doesn’t matter. If I can get through my French exam and presentation then this week will be perfect. If only I could get more sleep, getting less than 8 hours kills me half way through the day.

Its been over a week now and I’m back in the grove of things for the most part. Overall its been a lot more chilling but I feel like that will disappear once I really get into French which will hopefully happen tomorrow. Already having homework is a huge bummer especially when you don’t know what exactly you have to do. That will be my Sunday, I might go out and buy textbooks as well. I should also start working out since all I’ve eaten here is junk. So much fast food, I really need to get that cooking game going. Lastly I’m at the point where I might want to cut off certain people because I can’t deal with their games.

E3 hype train is about to arrive and my body is SO ready! Kicking off the week is the Game of Thrones season finale and it wrapped up all the events of the last episode. It really set up things for the next season 4 so I’m excited too bad I have to wait a whole year to watch it…My favorite part of tonight’s episode had to be Tywin shutting Joffery down, he actually tells him to go to bed. Plenty of good Tyrion lines as well and a great Ayra scene where she gets her first kill(finally). I feel terrible for Sansa like she has the worst situation out of anywhere being a caged bird and the scene where she is crying over the death of her brother and mother. Good things need to happen to her like really! They finally showed the scene of Robb having Greywind’s head sewed onto his and fucking Arya saw it like are you kidding me. We get the great dick in a box scene as well like damn Theon you have lost everything and now we have to call you Reek, maybe one day you will get your revenge. Dany does more useless stuff and Stannis almost kills Davos but he can read now and saves his life. I can not wait for next season where Stannis takes his army to the wall to defend it from the wildings and the white walkers. Maybe Jon Snow will become a bad ass next season? I hope so!

I don’t think I can sleep tonight like E3 is going to put me through so many emotions. Sony is in the best position right now and I hope they can keep it going! Give me some awesome exclusives and some incredible announcements and I will buy a PS4! I guess I’ll try to sleep now. 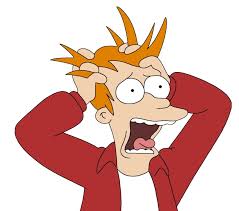 A new week has came and well it hasn’t been awesome at all unlike last week which is the best week to ever exist. The reason why this week sucks is well I had a panic attack. I didn’t realize they were  a thing like I totally thought they could happen but not to me, I’ll never be that confident again. I came back from my friend’s place and I just start freaking out for no reason and I got really paranoid and started to shake and my head started to hurt, I thought I was having a heart attack at one point like I couldn’t help it even drinking water and eating weren’t doing much. The scary part was when my body just died and I was trap inside of it and I couldn’t escape. My body became a prison and I saw my life flash before my eyes through a tunnel, I almost cried but I snapped out of it. I’m still in shock from the whole situation and I might not be fine for a couple of days. A living being should not know what death feels like, its so messed up. I hope the rest of this week things get better because right now they sort of suck since I’m still in shock. The only plus is that I’ve been hanging out with my friend a lot and she is really weird in all the good ways, she is great company!
This would happen to me after my crazy perfect week, like me dying is polar opposite of my week haha.