Don’t you feel accomplished when you beat a game? The feel of experiencing this world, story and characters like you went on an epic journey while just sitting in your living room. The reason I’m feeling this is because I just beat Virtues Last Reward on my Vita and I 100% it so I got platinum trophy as well! I gotta brag about my trophy level for a sec, I am level 17 with 21 platinums!!! Anyways, if you have a Vita or a 3DS you should play Virtues Last Reward I give it a 9.5/10. The puzzles are hard but not bullshit in my opinion and the story is a mind fuck and had me on the edge of my seat. I didn’t play the first game in series 999 which is on DS but I’m going to fix that ASAP so I would say play 999 first then VLR. I realized I’ve been beating a lot of games recently like The Last of Us, Soul Sacrifice, Uncharted Golden Abyss, Gravity Rush and now Virtues Last Reward. The next game I’m going to play is Dokuo which is a Vita puzzle game so hopefully I’ll like it. After that I might have to buy Dragon’s Crown or Tales of Xilia but I do want to buy them on sale…If I can’t find them on sale I guess I’ll go back to my The Last of Us survival run. While I think about this I gotta start packing….*sigh*

Instead of doing training in Street Fighter 4 today I decided to beat Gravity Rush. At first I wasn’t really into to it but after last night I fell in love with the controls and I just had to beat it. The sad thing is the game ends at chapter 21 and I fell in love at chapter 13 so I could only really enjoy 7 chapter to the fullest. I really enjoyed the story overall and the fact that this game has so many lead female characters which you don’t see in many games. I really enjoy playing as a girl like the different perspective on the smaller things in game is really interesting to me. Kat also becomes a complete bad ass by the end of game and her character never becomes boring through out the game. I wish it didn’t have to end but I did like the ending and how it sets itself up for Gravity Rush 2. Studio Japan is going to become one of my favorite game studios if they keep this up. I really liked the small touches how everyone speaks a language that the player doesn’t know and how the world is really different from our modern one. I feel like the game is an 8.5, they can really improve on the combat but everything else is superb. After beating it I started up Uncharted for Vita and it plays like Uncharted but man does it have all the gimmicks of a first game on a new system. More on that later.
I hung out with my friends tonight and a surprise to me that one of my friends got into Magic the Gathering and bought a bunch of M14 cards. We then decided to do a draft since most of us has never done one before including me. We went to Walmart and each of us bought 3 Dragons Maze booster packs. I have to say I will never draft Dragons Maze ever again since overall it has a slow paced mana ramp but I did have a lot of fun still. I did however choose a lot of high cost mana cards which really did hurt me in the process of creating a deck. I decided to play a red/green/white deck since I got a Voice of Resurgence and a Runic Thar. I actually did pretty well considering most games I got a creature out by turn 3. I finished at 2-1 which I am still surprised about since I drafted 8 6 mana cost cards like wtf was I thinking haha. I do want to draft again but I’ll wait for the new block to come out before I do again. Thank god for all the fruit punch Rockstars we drank so I could stay awake. Unfortunately I just crashed and I need to get that crucial sleep, maybe I’ll do more Street Fighter 4 training tomorrow. 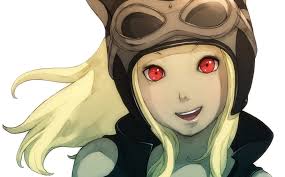 Another day without my training friends so I only trained for about an hour doing the same combos over and over again. I practiced doing double quarter circles and I had it down for 2 minutes and I couldn’t do it again…This shit is hard its like you have to do it really fast but not before you the punch button ughhhh. Street Fighter is one of those games where you will always suck at until you are at the top but the thing is you will never be on top at that EVO stage. Instead of just getting mad at myself I decided to enjoy my Vita and play a good amount of Gravity Rush. I’m on chapter 13 out of 21 now so I’m past halfway and the game keeps on getting better and better. I just love Kat’s character and how she reacts to situations. The game is still mysterious at this point so I’m not totally sure what exactly is happening but its very interesting to follow. My biggest compliant is combat can be a bitch at times when you keep missing enemies with your gravity kick because the aiming sort of sucks. Even worse is the fucking slide parts in the game honestly fuck tilt controls and any sort of motion bullshit it just fucks everything up. Besides that I love this game and my current score for it would be an 8/10. Once I get through this I’ll go through Uncharted then Virtues Last Reward. After those titles I’ll have to either get Dragon’s Crown or Tales of Xila and I’m still not sure which one will give me more bang for my buck. I haven’t seen a Tales of Xila review yet but all the Dragon’s Crowns reviews seem to be around an 8.5 so I will have to get the game at one point or another. So yea my life right now is Street Fighter 4 and some Gravity rushing, life is easy when all you do is stay home and play games haha.

I played a lot of games today like not just 2 or 3 I played a total of 5. Since I got PlayStation Plus back I gained the ability to play a bunch of games I never played before or games that I could play before but didn’t have the time to play it. I couldn’t sleep last night idk why so I started up my first game on this epic game day which was the HD oddworld game on PS3. I don’t know anything about the series and honestly it didn’t look fun or interesting and guess what, it wasn’t haha. I played it for like an hour and I just didn’t enjoy it, the character design is just really gross and I couldn’t get in to it. The second game I played is the game that made me love PlayStation back in the day, Crash Bandicoot! Crash is such an amazing game but holy shit it was hard as fuck back in the day, I never actually beat it. Today I decided I had to beat that game by the end of summer. I managed to get to the second island and I am stuck at the part that ruined me as a kid. I never got past this stupid ass bridge level that has boars running on it and you can’t kill them. I know I will be able to complete it but it might take me hours….3rd game on the list starts my terk into the fighting game universe, SSF4 AE 2012! I am so garbage at fighting games, I just can’t win since I have no idea what I am doing. I did an hour of training in the game and I played with some friends tonight and wow this game really hurts my hands haha. I am terrible but at least I can do cool combos 15% of the time lol. I play as Ken right now since he seems simple enough to pick up and once I get good at the basics I’ll look at other characters. 4th game is Saint’s Row 3 which is another Plus title. I’m surprised I like the game since I thought I grew out of non serious games but I guess I was wrong since I really like it. Its just an amazing I give zero fucks game like I’m just throwing grandmas into cars or hitting people with a dildo bat. I’m not sure if I will keep playing since there are a bunch of other games I want to play first but it does have a spot on my list. Lastly I gave my Vita some love and played my favorite game of today, Gravity Rush. I played the demo before and I enjoyed but man the full game is even better. The story telling and atmosphere of the game feel like it came from a Miyazaki movie! Kat the main character is a really well developed character and her gravity powers make this a must have for any Vita owners. Flying around the city and just finding gem and other stuff is really enjoyable. Gravity Rush is my Vita game to play right now after that I might play Uncharted: GA then Virute’s Last Reward. I can’t believe I have so many games to play and I didn’t even get to play all of them yet! I can’t wait to start up XCOM, it looks like the SRPG that might save the genre for me. Playing all these games really do make happy and I’m glad I’m still a gamer at 20 years old. If only I could find a girl who enjoys games and other internet stuff like me!